Medical examiner called in after items belonging to Brian Laundrie, the missing fiancÃ© of Gabby Petito, found in Flâtwitter.com/i/web/status/1â€¦1tM 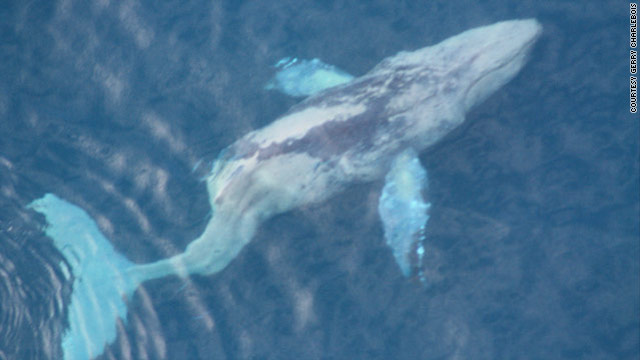 Experts are now saying a hobbled whale seen Monday near Hawaii's Kauai Island was not injured but suffers from a chronic condition, a local newspaper reports.

The distressed humpback whale probably has scoliosis, or curvature of the spine, said David Schofield, marine mammal response coordinator for the National Oceanic and Atmospheric Administration, according to the Honolulu Star Advertiser.

Gerry Charlebois, owner and instructor of Birds in Paradise Flight School, spotted the whale from the air Monday and suspected the marine mammal had been injured by a ship.

"They're not like cartoon animals," he said, according to the Star Advertiser. "They don't hold the shape of the contusion. Sometimes they'll have like a little imprint, but it's just not too plausible to see that if the animal had been impacted there that the peduncle or the tail shaft would've stayed that way."

The animal's pale, mottled skin and emaciated condition indicate it is in distress, but probably not from a ship collision, he told the paper. Much of the whale's behavior described by Charlebois is normal, he added.