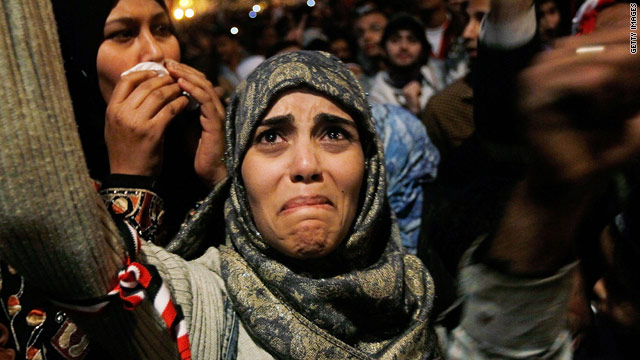 Egyptians took to the streets to celebrate after President Hosni Mubarak stepped down Friday and handed over power.
February 11th, 2011
10:44 PM ET

Mubarak resigns presidency: Egyptian President Hosni Mubarak stepped down Friday and handed over power to the military, his nearly three decades of iron rule ended by a groundswell of popular protests that began January 25.

Dad's letter claims he killed twins, police say: The father of missing Swiss twins sent a letter to his wife saying he had killed them before committing suicide, police said Friday.

Granddaughter wants share of Einstein profits: Albert Einstein made many contributions to modern science, but it's the videos, bobblehead dolls and Halloween masks using his image that continue to generate millions of dollars long after his death.