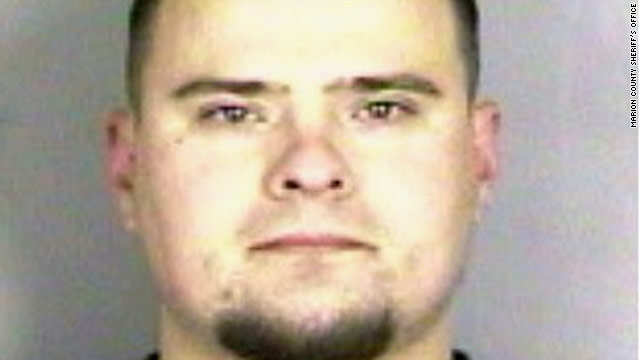 An Oregon motorist allegedly went to great lengths, or speeds, over the weekend to post a video to Youtube, according to Oregon law enforcement.

A Marion County deputy clocked a vehicle going 118 mph in a 55-mph zone Saturday on Interstate 5, the sheriff's office said.

The lawman, upon approaching the car, noticed the motorist was holding a video camera and taking pictures of the deputy's car.

Upon questioning, Stanislav Bakanov, 30, of Keizer, Oregon, fessed up to driving between 90 and 100 mph, Don Thomson, spokesman for the Marion County Sheriffâ€™s Office, toldÂ The Oregonian newspaper. It was the second alleged 100-mph speedster caught by Deputy Ryan Postlewait that day, the newspaper reported.

When Postlewait asked Bakanov why he was driving so fast, Bakanov prefaced his response by saying that it was going to sound stupid: He was making a video to post on Youtube.

The deputy said the motorist then played the video back, showing footage of the speedometerâ€™s needle almost to the max and even capturing the deputyâ€™s cruiser pulling him over, according toÂ a sheriff's officeÂ release.

Police seized the camera for evidence. Bakanov was arrested for alleged reckless driving, ticketed for speeding and his car, a black 2005 BMW M3, was impounded, according to the newspaper.

It marked Bakanov's third driving offense in the past year, according to the release.

An officer who answered the phone at the Marion County jail on Monday said Bakanov had been cited and released.