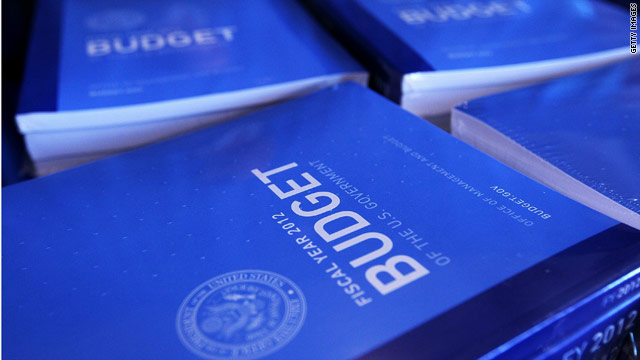 Where the budget cuts are: The cuts hit far and wide: airports, heat subsidies for the poor, water treatment plants and Pell grants are just some of the targets. Obama unveiled a $3.7 trillion budget request for 2012 that proposes painful cuts. The proposal, which is likely to face stiff resistance in Congress, takes a big bite out of domestic spending and would slash deficits by $1.1 trillion over the next decade, according to White House estimates.

Want to fix a budget crisis? Cut taxes! States have collectively raised taxes by more than $30 billion over the past two years as revenue from income and sales levies fell off a cliff. But this budget cycle is shaping up to be very different. More than a dozen governors have pledged not to raise taxes in fiscal year 2012, which begins July 1 in most states.

9 stocks we love: Your Valentine's Day roses will wilt within a few days, but these nine swoon-worthy stocks should blossom throughout the year. Chevron, EMC and Cummins are among some of the ones we love.

Starbucks hints at new single-serve coffee drink: The new product, which will sell for around 50 cents a serving, could build on the Via instant coffee brand. Starbucks launched Via last year, which sells in individual "sticks" for about $1 per cup.

IBMâ€™s post-Jeopardy plans: IBM says its supercomputer Watson - which is playing on the TV game show "Jeopardy" this week -Â can solve real problems in health care and financial services.

7:35 am ET October 16, 2021 RETWEET
The first NASA mission to study Jupiter's asteroid swarms was a success earlier this morning. Lucy is the first spaâ€twitter.com/i/web/status/1â€¦0H
CNNweather