A two-dose version of Johnson & Johnson's vaccine is 94% effective against Covid-19, the company says, making it coŌĆtwitter.com/i/web/status/1ŌĆ”6p 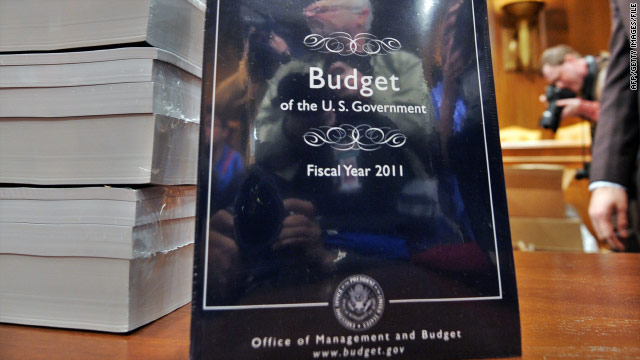 Watch CNN.com Live for continuing coverage on the situation in Egypt.

8:00 am ET - 2012 federal budget distribution - Money is on the mind of many on Capitol Hill today, as President Obama reveals his federal budget for next fiscal year.┬Ā Copies of the budget will be handed out to lawmakers and others this morning.

10:20 am ET - Obama talks budget - President Obama will make his first public comments on next year's proposed budget in Baltimore, Maryland, where he will visit a local school.

12:15 pm ET - OMB briefing on budget - The director of the Office of Management and Budget will discuss President Obama's proposal in a briefing with reporters in Washington.

2:30 pm ET - GOP budget briefing - We've already heard from President Obama and his team about next year's proposed budget, but what do Republicans think about it?┬Ā We'll hear from them this afternoon.

A Texas couple says their night out with friends was cut short when the restaurant kicked them out for wearing faceŌĆtwitter.com/i/web/status/1ŌĆ”ff
cnni

11:31 pm ET September 21, 2021 RETWEET
Her science-based training to become an RN was apparently no match for the disinformation about Covid-19 vaccines bŌĆtwitter.com/i/web/status/1ŌĆ”9t
cnni

10:59 pm ET September 21, 2021 RETWEET
After months of lockdown, parts of Southeast Asia are leaving behind their "zero-Covid" policy and charting a pathŌĆtwitter.com/i/web/status/1ŌĆ”iB
cnni

10:26 pm ET September 21, 2021 RETWEET
"A human-rights catastrophe has taken shape on the border in Texas -- and it has happened on the Biden administratiŌĆtwitter.com/i/web/status/1ŌĆ”FK
cnni