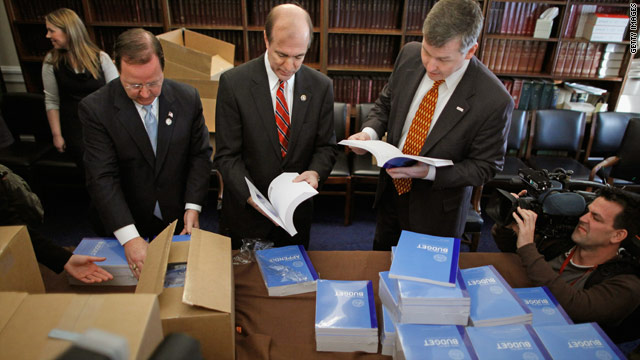 President Barack Obama on Monday introduced his fiscal 2012 budget, a $3.7 trillion amalgamation of guesses and calculations which stands no chance of being enacted in the form the president’s bean counters put it together.

Before it gets back to Obama’s desk for a signature, the spending blueprint will go through no less than 40 congressional committees, 24 subcommittees, countless hearings and a number of floor votes in the House and Senate, CNNMoney’s Jeanne Sahadi writes.

Republicans wasted no time in letting the president know what they liked – nothing. Here’s what House Speaker John Boehner said Sunday on NBC’s “Meet the Press”:

Considering that all government spending originates in the House, where Boehner’s Republicans hold a 241-to-193 advantage, you can see how big a fight is ahead.

And recent history shows that all this may not mean anything. The federal government still hasn’t passed a budget for fiscal 2011, which began October 1.

The country has been paying its bills with continuing resolutions, the latest of which expires on March 4.