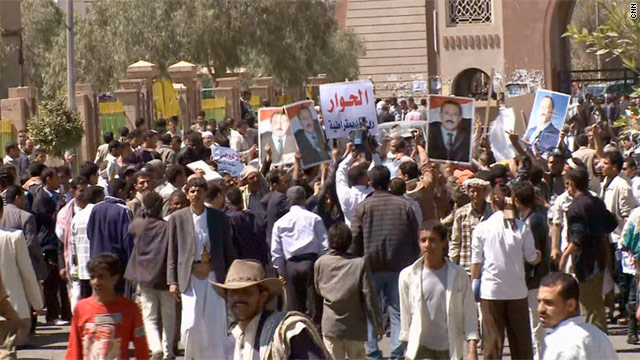 Clashes broke out between pro- and anti-government protesters outside Sanaa University in Yemen's capital Monday morning.

About 200 anti-government protesters were rallying at the site, when about 300 counter-demonstrators carrying pictures of President Ali Abdullah Saleh confronted them.

The two sides threw rocks at each other, and later brandished daggers and
knives.  Some security forces at the scene tried to separate the two sides, while others stood on the sidelines.