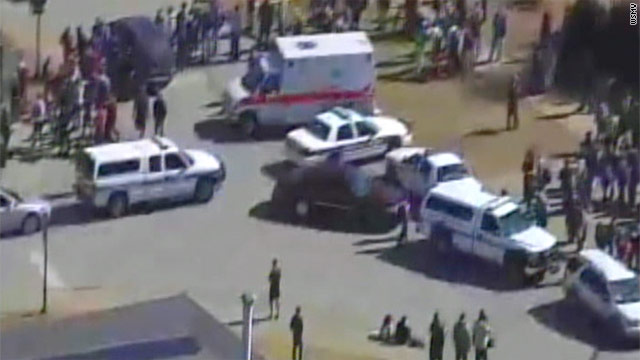 [Updated at 3:13 p.m. ET] A suspect in a Monday morning shooting that wounded one person on the campus of Middle Tennessee State University is in custody, a school spokesman said.

Officials called off a lockdown, which had been in effect as SWAT teams and other law enforcement authorities converged on the campus, after the suspect was detained around 12:45 p.m., the university's media relations director, Tom Tozer, said. A gun allegedly used in the incident has also been confiscated.

Authorities were alerted at 11:51 a.m. about a shooting in a science building located in a cluster of university structures.

"From what I understand, there were two men who got into an argument over by some of our buildings," Tozer said. "One shot the other in the hand, then took off."