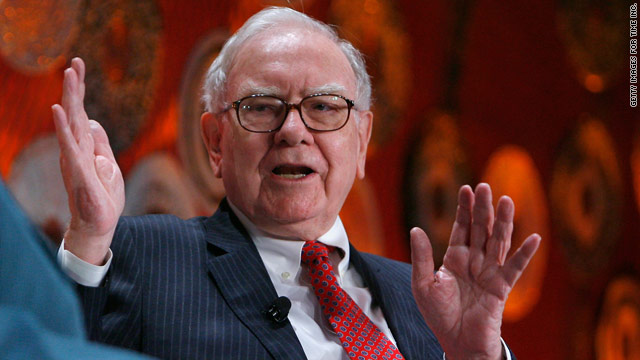 Buffett’s $1.2 billion selling spree: Berkshire Hathaway raised cash last year as it prepared for a rare change of the investing guard. The Omaha-based company has now sold its stake in Bank of America and seven other big companies as a top lieutenant to Warren Buffett retired. Meanwhile, investors are pulling money out of emerging markets, with $13 billion flowing out over the past three weeks.

For mergers, it’s a small world after all: More than $118 billion worth of deals in which the acquirer and acquiree don't reside in the same country have taken place so far this year - including the NYSE-Deutsche deal. That accounts for 30% of all mergers and is up 56% from the same time a year ago.

Paying your rent can boost your credit: In January, credit reporting agency Experian started including residential rental payment data on its credit reports. That means that one in three consumers who have a score of 501 to 600 will move up to at least a score between 601 and 700.

Leaf and Prius stomp the Volt: The Chevrolet Volt didn't rank as one of the top 10 "greenest" cars in America, coming at No. 12, according to the American Council for an Energy-Efficient Economy's annual list. The top 12 cars include gasoline-powered cars, plug-in cars, gasoline/electric hybrids and natural gas-powered vehicles.

The $50,000 bionic leg: Boston area startup iWalk has created a next generation robotic leg that amputees are calling a "game-changer."