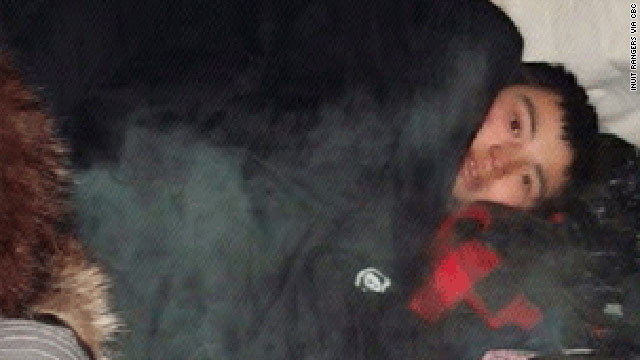 Two boys have been rescued after being lost in the subarctic wilderness for four days, Canadian media report.

Isajah "Willie" Nastapoka, 15, and Kasudluak Kasudluak, 17, became separated while on a day trip to hunt polar bear, the CBC reported.

Their snowmobile ran out of gas about 19 miles outside Inukjuak, their Inuit village, which is just 7 degrees south of the Arctic Circle in far northern Quebec, authorities said. They had little water or food, and the temperature plunged to 30 below zero Fahrenheit, with a wind chill factor of 50 below, according to a Nunatsiaq News story in the Montreal Gazette.

The boys became separated on their third night on the tundra. Kasudluak kept walking, but Isajah dug a hole in the snow to protect himself from the wind and cold, according to reports.

Airborne searchers found the abandoned snowmobile and commenced a ground search. They found Isajah in his snow den on the fourth day, alive but suffering from severe hypothermia and frostbite. Kasudluak was found a few hours later, still walking and with minor injuries.

Isajah was flown to a hospital in Montreal, where he may lose several toes because of the frostbite, reports said.

"Nobody was expecting to find them alive," Simeonie Nalukturuk, a local who participated in the search, told the Toronto Star. "But we did."