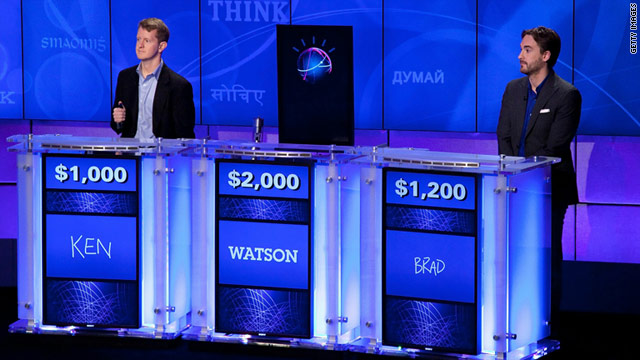 The IBM supercomputer Watson won its second "Jeopardy!" game in Wednesday's edition of the TV show, completing a sweep of its two human opponents, including Jennings, who acknowledged mankind's trivia inferiority before the match was even over.

"I for one welcome our new computer overlords," Jennings wrote under his correct Final Jeopardy! solution, prompting laughter from the studio audience.

Watson - despite being far from perfect - was too far ahead in the two-game match to be caught. It beat Jennings and fellow "Jeopardy!" champion Brad Rutter, earning $41,413 for the day and $77,147 for the two-game total.