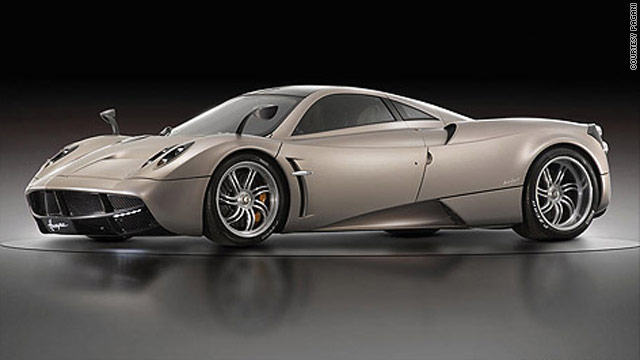 $1 million Italian supercar headed to the United States: The 700-horsepower Pagani Huayra is named after the ancient Andean wind god Aymara Huayra Tata. It is powered by a 6-liter twin-turbocharged 12-cylinder engine produced by the AMG division of Mercedes-Benz.

$300M for lawyers in Madoff mess: An organization that provides financial protection to investors has paid more than $290 million to law firms and consultants. They are tasked with tracking down and recovering Bernard Madoff's stolen assets. The ponzi schemer, meanwhile, is claiming banks "had to know" about what was going on.

Illinois governor proposes borrowing $8.7 billion: A month after Illinois lawmakers approved a massive tax increase, Gov. Pat Quinn unveiled a $35.4 billion budget. It increases spending and slashes programs for the elderly, the poor and the disabled. Meanwhile, the Connecticut governor is proposing sweeping tax hikes. The general sales tax rate would increase to 6.25%, up from 6%, raising an additional $461 million.

College students socked by budget cuts: States are slashing funding for higher education, forcing many colleges to eliminate majors and entire departments. The cuts are forcing many to alter plans, change majors or even switch schools.

Angry birds escape digital realm: Manufacturers like Mattel and Spin Masters are creating games and toys based on popular apps and websites.