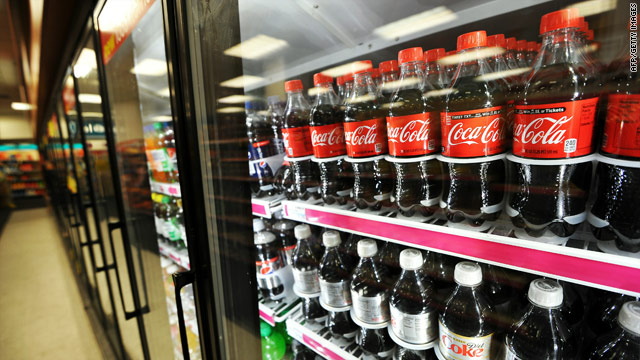 Is Coca-Cola's secret out of the bottle?

It's something, but it's not the real thing, Coca-Cola says.

Rumors have been buzzing that the super-secret recipe for the iconic soft drink had finally been divulged through a 1979 newspaper clipping and a story on public radio's "This American Life."

"Rest assured that while many third parties have tried over time to crack the secret formula of Coca-Cola ... there truly is only one 'real thing,' " Ted Ryan, Coca-Cola's manager of archives and exhibits, wrote Wednesday on a company blog.

The company insists the formula is locked in a bank vault in Atlanta, Georgia, and only a handful of employees know it or have access to it.

The 19th-century handwritten list of ingredients that "This American Life" host Ira Glass found pictured in a 1979 column in the Atlanta Journal-Constitution may have been an attempt at a knockoff, Coca-Cola's official archivist, Phil Mooney, told CNN.

Interest in the secret recipe is so high that heavy traffic reportedly brought down the radio show's Web server after the segment aired.

While the formula Glass found might have some relation to the original product of the 1800s, it clearly is not today's recipe: The list of ingredients includes coca and alcohol, a Tuesday story in the Journal-Constitution notes.

All the secrecy is nothing more than marketing anyway, experts insist.

"Today, anybody with access to a sophisticated chemistry laboratory could analyze the formula of Coke, but no one can call a product called Coke other than the Coca-Cola Company," John Sicher, editor and publisher of "Beverage Digest," told the paper. "The so-called 'secret formula' is a wonderful story of lore and mystery, but in reality, the value today is the brand, not the formula."

US President Biden's decision to pull US troops out of Afghanistan by September marks a pivotal moment after almostŌĆtwitter.com/i/web/status/1ŌĆ”Gm
cnni

9:46 pm ET April 13, 2021 RETWEET
US President Biden dispatched an unofficial delegation to Taiwan Tuesday in a show of support for the island, accorŌĆtwitter.com/i/web/status/1ŌĆ”j6
cnni

8:57 pm ET April 13, 2021 RETWEET
"Humans share with other species the potential to signal danger when screaming, but it seems like only humans screaŌĆtwitter.com/i/web/status/1ŌĆ”C3
cnni