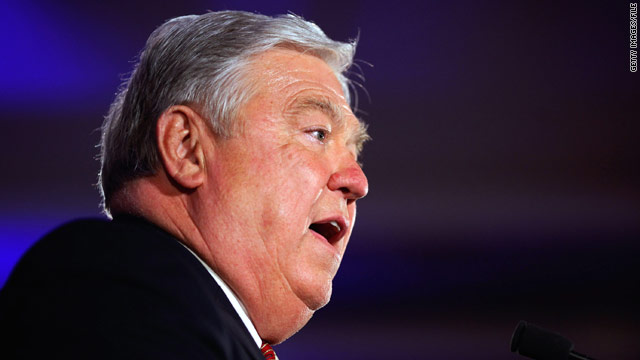 The Mississippi governor, who is reportedly considering a 2012 presidential bid, refused to denounce an effort to put a Confederate-era member of the Ku Klux Klan on state license plates, saying, "I don't go around denouncing people." Barbour also said of the ex-Klansman, "He's a historical figure."

Five years ago, a spinal injury during his eighth-grade football game confined the boy to a wheelchair. On Tuesday night, before his hometown crowd at a high school basketball game, Eigen, now a young man, walked with the help of a metal walker, according to CNN affiliate WBRE in Pennsylvania.

The Missouri congressman and Congressional Black Caucus chairman broke with President Obama on Tuesday, saying if the president were still a caucus member, he would oppose his own budget.Â  "We have an obligation ... to oppose things that we think will impact negatively our constituents," Cleaver said.