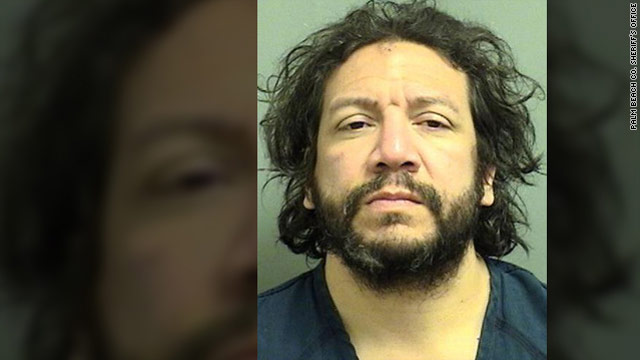 Jorge Barahona, whose dead daughter and injured son were found in his pest-control truck beside a Florida interstate, has been charged with attempted murder, and police were executing a search warrant on his Miami home Thursday night, police said.

The bizarre series of events involving Barahona and two of his four adoptedÂ  children began Monday about 5:30 a.m., when a roadside assistance ranger with the Florida Department of Transportation stopped to check a red Toyota pickup parked on the side of the highway near West Palm Beach and found the 10-year-old boy inside next to an open gas can, according to a probable-cause affidavit filed by detectives.

The boy "appeared to be in respiratory distress and (was) trembling," and his clothing "was soaked with an unknown chemical," the affidavit said.

The ranger then found Barahona on the ground beside the truck and called for help.

The boy was hospitalized in intensive care with severe burns to his abdomen, upper thighs and buttocks, the affidavit said. While examining the boy, doctors noted he had sustained previous injuries, including a broken collarbone, a broken arm, scarring to his buttocks and lower abdomen, and ligature marks on both wrists, police said.

After Barahona and his son were taken to a hospital, a worker decontaminating the truck discovered the body of the girl, wrapped in a plastic bag, the document said.

The 53-year-old exterminator suffered a self-inflicted injury Thursday morning after deputies told him to get ready to go to a court hearing, West Palm Beach Police spokesman Scott Chase said.