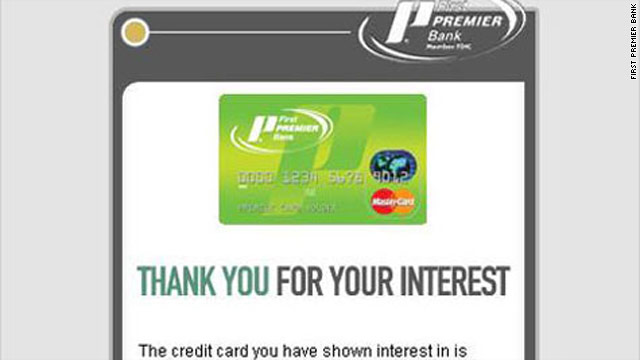 Goodbye to the 59.9% credit card rate: First Premier Bank yanked its fee-laden 59.9% APR MasterCard from its credit card offerings. The card, which had nearly 300,000 active customers, charged more than $100 in fees per year and typically extended a credit line of about $300. Itâ€™s being replaced with a lower-interest secured card.

Stealth signs of a stronger job market: What do higher mileage on leased cars, more crowded day care centers and fewer disability claims all have in common? They're all under-the-radar signs of improvement in the U.S. economy.

Most (and least) affordable homes: If you're looking to buy or sell a home, consider these locales. Indianapolis is the least expensive big city in which to buy a home. New York is the most expensive. But there are a whole bunch in between.