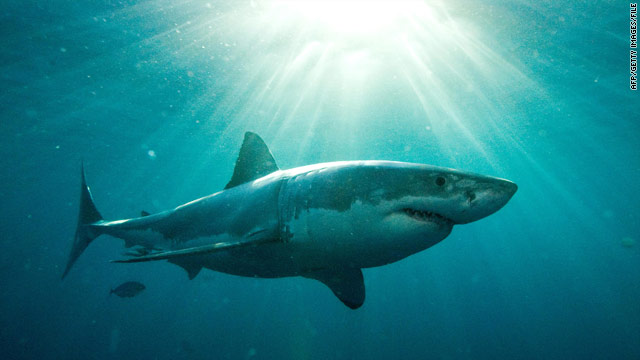 Divers in the shark-filled waters off South Australia often use shark cages, but Clarkson was not in a cage when he was attacked, police Senior Sgt. Mick Walsh told Adelaide Now.

Clarkson was well-liked and respected in the diving community, reports said. He co-wrote a book on cowries, another type of sea snail.

"He was a fitness and health fanatic. He was a bit alternative but he was always a decent bloke," a friend told Adelaide Now.

The abalone trade is a $50 million annual industry in South Australia, according to Adelaide Now. Abalone are large mollusks whose flesh is used in cooking and medicine and whose shells are lined with mother-of-pearl.

Clarkson is the second diving partner Rodd has lost to sharks. In 2000, his boat overturned; he swam eight miles to shore while his companion, Danny Thorpe, clung to the boat, the Australian network ABC reported. The only traces of Thorpe ever found were a shredded life vest and a battered lunchbox.