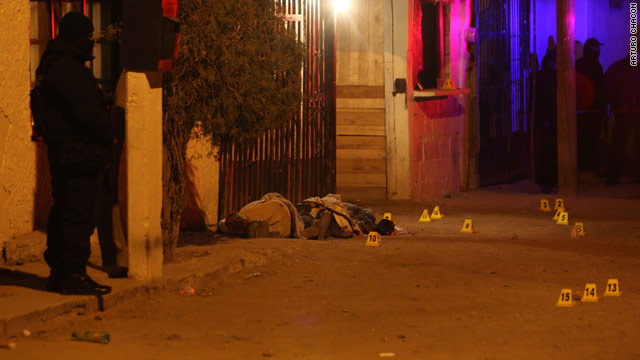 Among the dead were four police officers from three different agencies, Sandoval said.

"This is the worst violence we've seen this year," he said, referring to the three days from Thursday through Saturday.