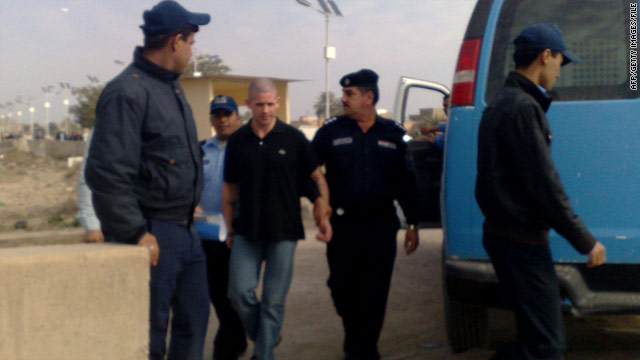 An Iraqi judge on Sunday adjourned proceedings for a week in the case of a British contractor accused of killing two colleagues in Baghdad.

Daniel Fitzsimons, 30, has pleaded not guilty to two charges of murder in the 2009 shooting deaths of Paul McGuigan, a British national, and Darren Hoare, an Australian. He is also accused of the attempted murder of a guard.

Fitzsimons has admitted to the three-judge panel that he shot the two men, but argued that it was in self-defense. He also complained that the court would not let him talk about his post-traumatic stress disorder.

The court had already issued one delay in the case in order to ask a health committee for a report on PTSD. However, when the court reconvened on Sunday, the court still had not received an answer from the committee, so a second delay was issued.