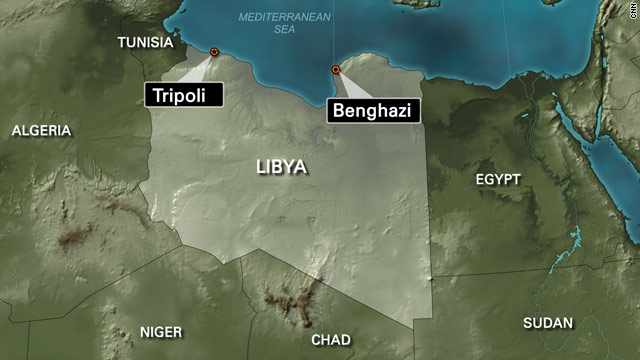 Libya: Why the oil market is nervous: Libya produced about 1.65 million barrels per day of crude oil in 2010, making it Africa's third-largest crude producer. It’s not the biggest producer, by far, but oil prices surged by more than 6% on Monday, and further chaos in the region could send crude prices spiking more.

U.S. oil prices don’t matter at the pump: Gasoline prices in the United States have jumped 5 cents in a week, according to AAA.

What if the U.S. government shuts down?: If lawmakers don't pass a funding extension by March 4, the government will shift to performing essential operations only. That could mean that government workers would stay home, national parks and museums would close and cleanup at toxic waste sites would stop.

China loves Louis Vuitton, and so will investors: The number of millionaires in China is growing. Many of them are under 40 years old and they love their bling. As demand for luxury brands grows, so will their share price.