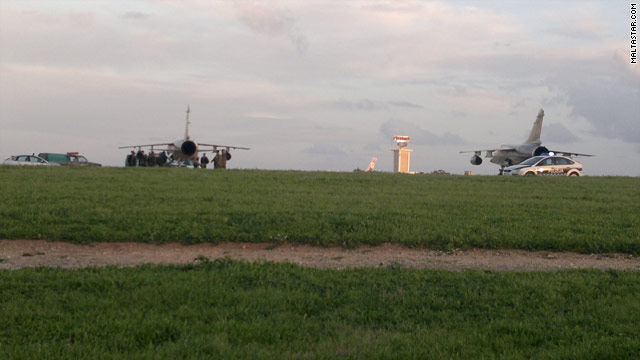 "The military aircraft are being held at the Malta International Airport according to usual practices," the statement said. "The two pilots are being held by the police for further investigations."

The pilots requested to land after reporting fuel shortages, according to the statement.

AFP reported that the pair - one of whom it said had requested asylum - told Maltese military officers they were senior colonels.

The Maltese government source said the planes were armed with rockets and loaded machine guns.