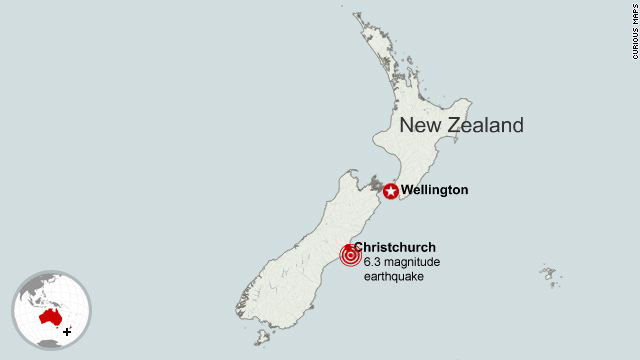 The deaths were reported at several locations, police said, and two buses were crushed by collapsing buildings.

﻿The New Zealand Herald reported that phone lines in the area were out, roads were cracked and water mains had burst.