The Dow logs its worst day in over a year, closing down more than 900 points as fears over a new Covid-19 variant g‚Ätwitter.com/i/web/status/1‚Ä¶wq

Belgium becomes the first European country to confirm a case of the B.1.1.529 coronavirus variant. Follow live upda‚Ätwitter.com/i/web/status/1‚Ä¶0t

The Dow opens some 800 points lower on Black Friday as stocks around the world tumble in the face of a new Covid-19‚Ätwitter.com/i/web/status/1‚Ä¶1E 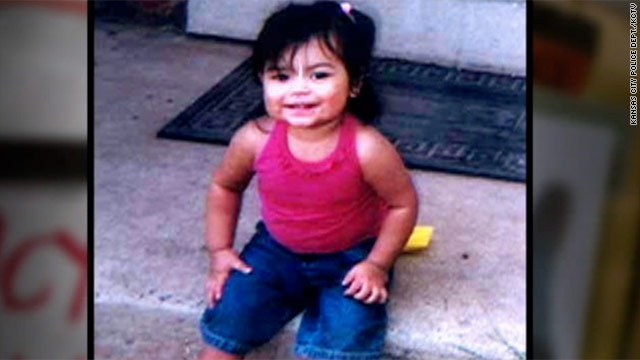 Authorities say a missing girl might have been taken by her noncustodial father, whom they accuse of killing her mother.

Allyson Corrales was 3 when her mother was found fatally stabbed in her Kansas City, Missouri, apartment in March 2009. The girl was gone when the body was found.

Police say they believe Allyson's father, Luis Corrales, killed Allyson's mother and may have the child with him. Corrales and the girl's mother were not married, and the mother had a restraining order against him, according to the FBI. He didn't have any custodial rights to Allyson, the FBI says.

A warrant was issued for the arrest of Luis Corrales, now 33. He was last seen boarding a bus in San Antonio, Texas, possibly bound for El Salvador, but police say he could be back in the United States. He has previously lived in San Antonio and the Manassas, Virginia, area, according to the FBI.

Allyson would be 5 now and would turn 6 in April.

The first fossil evidence of a pine cone sprouting seeds has been preserved in 40 million-year-old amber. cnn.it/3FIKGAa
cnni

12:09 am ET November 27, 2021 RETWEET
Kim Kardashian has teamed up with her daughter North to launch a new TikTok account. cnn.it/3reFwIc https://t.co/miC7B0bV5L
cnni

11:35 pm ET November 26, 2021 RETWEET
Adele broke down in tears during her ITV concert special, "An Audience with Adele," after a surprise reunion with h‚Ätwitter.com/i/web/status/1‚Ä¶sD
cnni