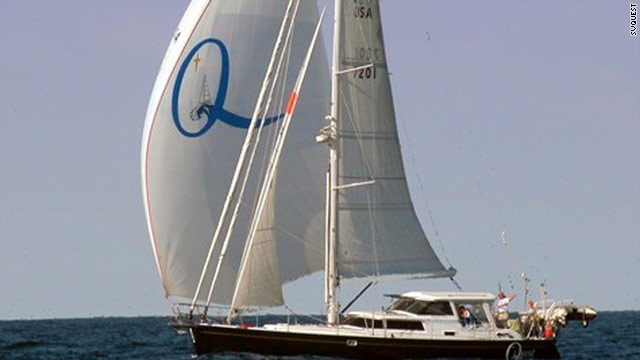 U.S. forces say they were monitoring the S/V Quest for about three days before pirates engaged them.
February 22nd, 2011
09:24 AM ET

[Updated at 9:24 a.m.] Negotiations were under way to free the hostages when gunfire erupted aboard the pirated vessel, a statement from U.S. Central Command said.

"As they responded to the gunfire, reaching and boarding the Quest, the forces discovered all four hostages had been shot by their captors.  Despite immediate steps to provide life-saving care, all four hostages ultimately died of their wounds," the statement said.

A reaction force boarding the S/V Quest "was engaged by pirates," two of whom died during the confrontation. Thirteen other pirates were captured, along with two who were already in the custody of U.S. forces, according to central command.

Two other pirates were already dead when U.S. forces boarded the S/V Quest, the statement said. In all, 19 pirates are believed to have been involved in the hijacking.

U.S. forces had been monitoring the S/V Quest for about three days.

An aircraft carrier, a guided-missile cruiser and two guided-missile destroyers composed the reaction force. The U.S. Navy ships were in the region to conduct "maritime security operations" and provide support for U.S. operations, the statement said.

[Posted at 9:08 a.m. ET] Four U.S. citizens on a yacht hijacked by pirates last week are dead, a defense official with knowledge of military activities in the region confirmed Tuesday.

A U.S. Navy warship and helicopters were trailing the boat, the S/V Quest, which was allegedly hijacked by Somali pirates on Friday, U.S. military official said. Early Tuesday, an official said the vessel was less than two days away from Somali coast.

Owners Jean and Scott Adam and two other people on board, Phyllis Macay and Bob Riggle, had been traveling with yachts participating in the Blue Water Rally since their departure from Phuket, Thailand, rally organizers said Sunday.

The group, which organizes long-distance group cruises, said the S/V Quest broke off on February 15 after leaving Mumbai, India, to take a different route.