John Prine, the Grammy-winning singer-songwriter who influenced legions of musicians, has died from coronavirus comātwitter.com/i/web/status/1ā¦hL

Jersey City Councilman Michael Yun, a longtime civic and business leader in the community, has died from coronaviruātwitter.com/i/web/status/1ā¦RB 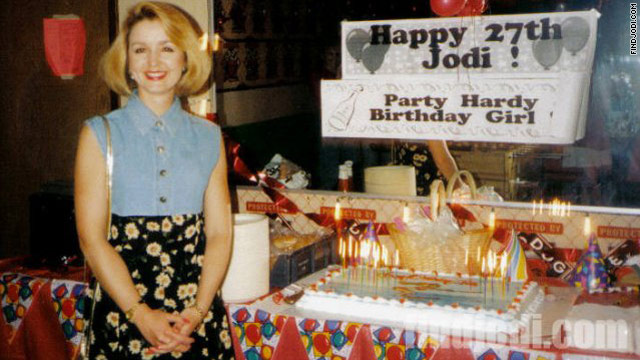 Jodi Huisentruit was running late for work as the morning anchor at KIMT in Mason City, Iowa, on June 27, 1995. When her producer called to wake her up, Huisentruit said she'd be there in 20 minutes. She lived only five minutes from the station, but she never made it there.

When police went to check on her apartment, everything appeared normal, but outside, police found signs of a struggle near Huisentruit's Mazda Miata. Her hairdryer, hairspray, a pair of red shoes and earrings were strewn across the parking lot. Drag marks were found nearby, but the 27-year-old blonde was nowhere to be found.

Rumors of her working in a casino in Reno, Nevada, or being abducted by an Arab sheik never developed into anything credible, and her body has never been found. Four years ago, Huisentruit was declared legally dead by a judge in Cerro Gordo County, Iowa. But her family and friends are stillĀ looking for answers.

A new study has found that birds that are able to change their behavior are less likely to become extinct than thosātwitter.com/i/web/status/1ā¦6m
cnni

1:31 am ET April 8, 2020 RETWEET
The mental image many people have of Los Angeles is one obscured by smog. But with stay-at-home orders to stem coroātwitter.com/i/web/status/1ā¦8m
cnni

1:16 am ET April 8, 2020 RETWEET
Twitter co-founder and CEO Jack Dorsey says he's dedicating more than a quarter of his wealth to a new fund for chaātwitter.com/i/web/status/1ā¦He
cnni

12:46 am ET April 8, 2020 RETWEET
A mayor in Illinois directed the city's police department to issue citations and arrests after people defied the stātwitter.com/i/web/status/1ā¦n2
cnni