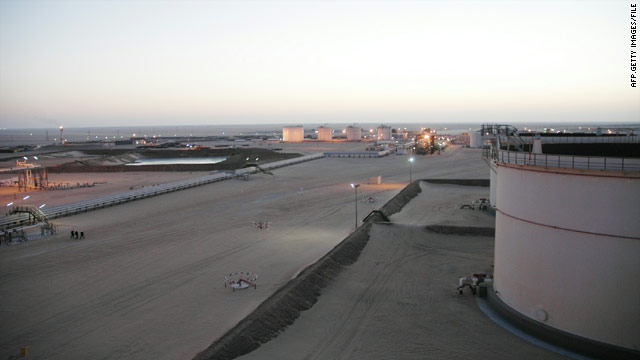 Libya oil production disrupted: Some oil production in Libya is shutting down as companies operating there begin to close facilities because of ongoing violence. U.S. oil prices surged Wednesday to $100 a barrel before settling at $98.10 after a report in the Financial Times said half of Libya's production has been suspended.

Airlines raise faresÂ - again: Airlines are increasing their fares at the fastest pace in two years, driven by high fuel prices and enticed by strong consumer appetite. And travelers should brace themselves for prices to go even higher.

I survived an IRS tax audit: CNNMoney's personal-finance editorÂ writes about her experience being audited by theÂ Internal Revenue Service. About 1.6 million people found themselves in this situation last year, according to the IRS. That means 1.1% of all filers drew the short end of the stick.

Flipboard rocks. Can it make money? As it eyes other platforms, the much-celebrated iPad app is counting on sales of big, magazine-style digital ads to drive revenue.

Madoff trustee sues SEC lawyer: The court-appointed trustee in the Bernard Madoff case filed a $1.5 million lawsuit against the outgoing top lawyer at the SEC, alleging that he profited off the Madoff Ponzi scheme.