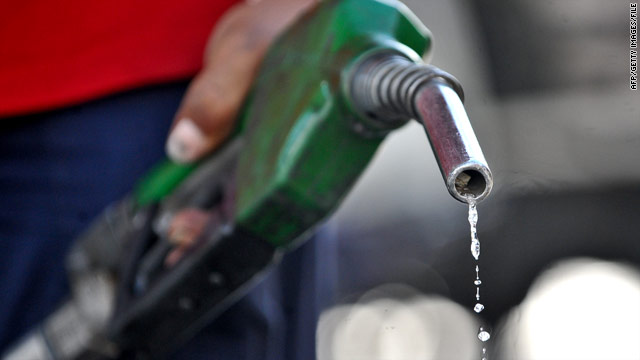 A roundup of today's CNNMoney news

Economy faces new threats: A spike in oil prices due to spreading unrest in the Middle East is the problem earning the most attention, but it's not the only one. Economists are also worried about the push to cut government spending, the end of stimulus from the Federal Reserve and the bull market in stocks running its course. Meanwhile, drivers should brace for higher gas prices.

Swiss government freezes Gadhafiâ€™s assets: The move comes after ten days of protests that have cost Gadhafi control of eastern Libya and led prominent members of his own government to defect and join demonstrations.

Americaâ€™s smartest states: Looking for highly educated workers? If so, check out these 10 states, which top the rankings for educational attainment.

Motorola Xoom is better than iPad: The first tablet using Google's Android 3.0 Honeycomb has a 16-by-10 inch display, video chat, and will be upgradeable to 4G.

#RKelly found guilty of racketeering. However the jury found that prosecutors had not proven beyond a reasonable doâ€twitter.com/i/web/status/1â€¦Y4
sarasidnerCNN

4:22 pm ET September 27, 2021 RETWEET
Spotted In @CityofInglewood Rampage getting down with the ladies of Zumba in the park. The @NFL & @RamsNFL holdingâ€twitter.com/i/web/status/1â€¦hi
sarasidnerCNN

10:34 pm ET September 23, 2021 RETWEET
Looking forward to seeing this roll out. Appreciate you and your long history of exploring this topic #RealitCheckâ€twitter.com/i/web/status/1â€¦Fv
sarasidnerCNN