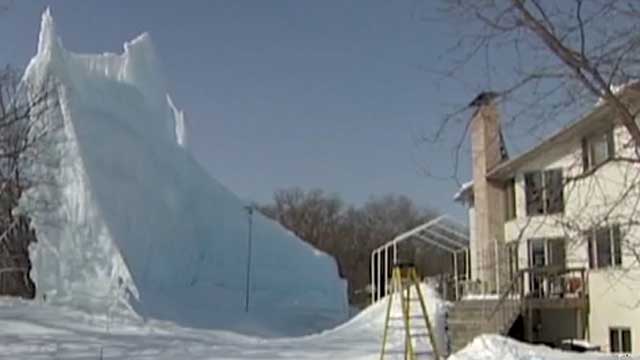 The real "iceman" – If bingo and bridge just aren't cutting it in your retirement, consider spending some time building an ice castle. That's how Roger Hanson a.k.a "The Iceman" has spent hundreds of hours doing.

Mexican economy wrapped up in tortillas – In Mexico, it's not a bear market or a bull market, it's a burrito market. The price of tortillas in Mexico has a surprising effect on its people's standard of living and immigration patterns.  Rafael Romo visits a tortilla factory to find out how three ingredients can make so much.

Mistake out – Okay, robbery checklist: Hood? Check. Sack for cash? Check. Gun? D'oh! Police say surveillance video shows a hooded man pawing frantically through his bag after approaching a counter. Witnesses say he claimed to be searching for cash and even briefly left the store before apparently remembering the gun was in his pocket and finally brandishing it.