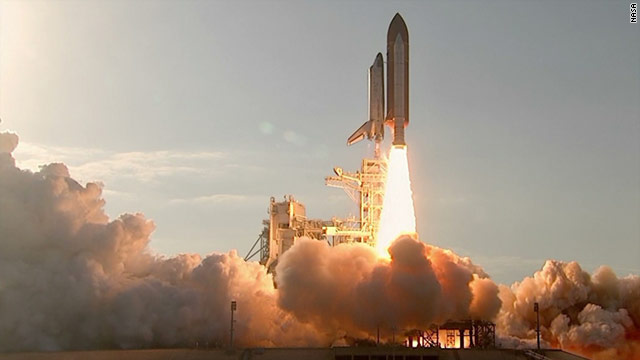 Space shuttle Discovery lifted off from Cape Canaveral, Florida, late Thursday afternoon, beginning what is expected to be its final mission.

NASA had halted its countdown at five minutes due to a computer problem related to safety on the "eastern range." But after a confirmation that all was good to go, the countdown resumed and the shuttle lifted off about three minutes behind its planned 4:50 p.m. ET launch.
﻿
The six-member crew will deliver a storage module, a science rig and spare parts to the international space station during its 11-day mission.

The liftoff comes after months of delays due to leaks and cracks in the external tank.

The last scheduled launch of space shuttle Endeavour is scheduled for April 19, and shuttle Atlantis is tentatively scheduled to launch during the summer.