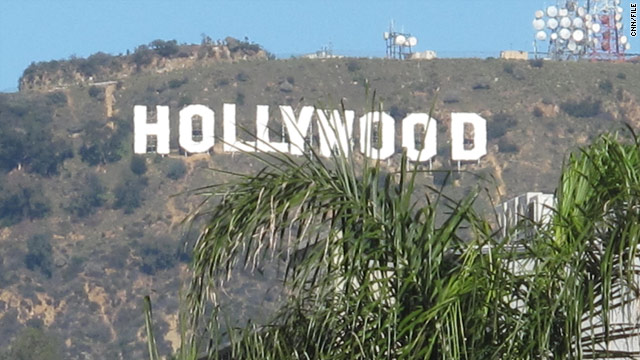 Will the red carpet be covered in white for Sunday's Academy Awards in Hollywood?

Forecasters are calling for the snow level to drop to 500 feet as a winter storm sweeps over Southern California this weekend, CNN affiliate KTLA-TV in Los Angeles reports.

That might not bring the white stuff to the Kodak Theatre in Hollywood, but it could leave a dusting on the famous Hollywood sign, the Los Angeles Times reports.

The sign on Mount Lee is at 1,600 feet, well above the predicted snow level. Forecasters say the snow level will be at 1,000 feet during the worst of the storm Saturday afternoon, but "some convective showers could push snow down to 500 feet," according to the KTLA report.

Temperatures in the Los Angeles area will drop into the 40s, according to KTLA, and they'll go even lower in the mountains and inland valleys.

The National Weather Service, which has issued a winter storm warning for Southern California through 3 a.m. Sunday, says some mountain areas above 5,000 feet could get as much as 2 feet of snow. The Santa Monica Mountains could get 4 to 7 inches of snow, the weather service says.

Wind gusts up to 50 mph may combine with the snow to produce whiteout conditions in some areas, according to the weather service forecast.

Up the California coast, the weather service has issued a winter storm warning for the San Francisco Bay Area.

Areas between 1,000 and 3,000 feet in elevation can expects 7 to 10 inches of snow, the weather service says, adding that strong winds are also forecast, making travel "very hazardous to impossible."

It's difficult to say when it last snowed in Los Angeles. Midwest snowbirds will probably chuckle at the L.A. Almanac's report that the civic center downtown has thrice seen between a fifth and a third of inch of snow - in 1949, 1950 and 1954.