Ebrahim Raisi is sworn in as Iran's new president, signaling the start of a new harder-line era that could bring ma‚Ätwitter.com/i/web/status/1‚Ä¶wE

Moderna says its Covid-19 vaccine shows 93% effectiveness through at least six months. It expects to submit for FDA‚Ätwitter.com/i/web/status/1‚Ä¶eA

US edges past Australia 4-3 to win the bronze medal in women‚Äôs soccer at the Tokyo Olympiccnn.it/3xl34KVwK

The Team USA men's basketball team came back from a 15-point deficit to defeat Australia 97-78, advancing to its fo‚Ätwitter.com/i/web/status/1‚Ä¶nt 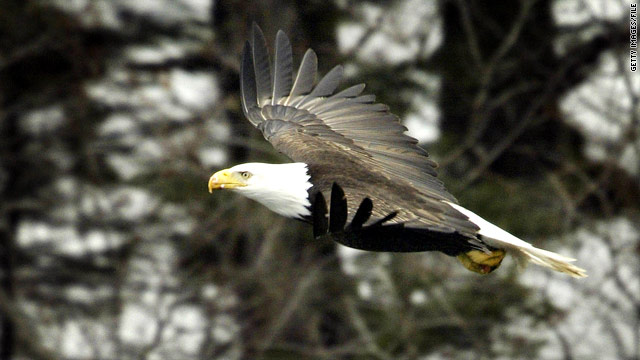 Bald eagles are falling from the sky dead of starvation, wildlife experts in western Canada say.

Eagles that depend on late fall salmon runs to provide enough fat to get them through the winter are starving on account of poor runs last year, Maj Birch, manager of a bird rescue facility, told the Victoria Times Colonist.

"This is the most we have ever had," Birch told the Times Colonist. "Many of them are downed before they are brought in. They are on the ground and they're too weak to fly away.

"Some of them are actually falling out of the sky. One of them slid off a roof yesterday."

Thousands of hungry eagles are flocking around landfills, competing with seagulls and often being poisoned by the scraps and rats they find there, biologists told the Canadian Broadcasting Corp.

A herring run due to occur in early March should provide relief for birds that can hold out that long, Birch told the Campbell River Mirror.

"Then everybody will have a feast," she told the paper.

6:35 am ET August 3, 2021 RETWEET
Congrats to ‚@Simone_Bileses‚Å© ! She takes bronze and again winning hearts for her cour#teamUSAmnbcnews.com/news/olympics/‚Ä¶8OEn
susancandiotti