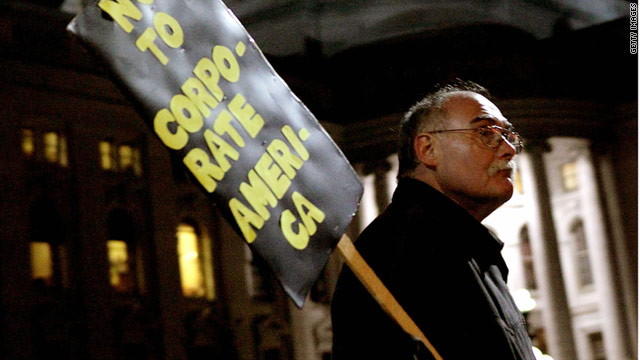 A protestor pickets outside of Wisconsin’s Capitol, where the state assembly passed a bill removing many workers’ bargaining rights.
February 25th, 2011
03:15 AM ET

The Wisconsin state Assembly passed a Republican bill Friday that strips most public workers of their collective bargaining rights, but the fight over the bill seems far from over.

The bill still has to be passed in the Wisconsin Senate, which could prove to be a more contentious battle.

Fourteen Democratic Senators have fled to neighboring Illinois to prevent a quorum from voting on the issue, and they remained absent early Friday.

Thousands have also protested the bill in recent days.