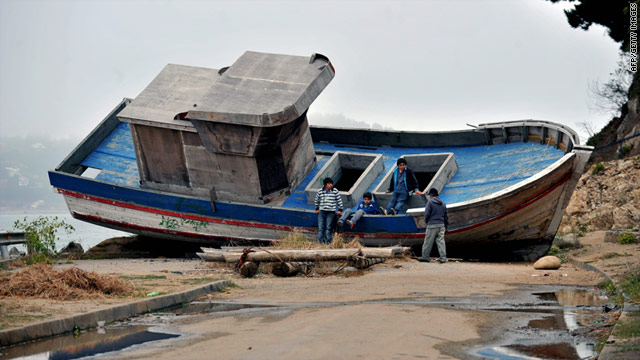 A magnitude-6.0 earthquake has struck Chile, with no immediate reports of damage or injury. An 8.8-magnitude quake in 2010 killed more than 500 people and grounded this fishing boat. Repairs from that quake have cost nearly $30 billion and left many homeless.
February 27th, 2011
09:04 PM ET

A 6.0-magnitude earthquake struck Chile on Sunday evening, the U.S. Geological Survey said. It was centered 23 miles south of Concepcion, in southern Chile.

The quake, which struck at a depth of 10 miles, occurred on the one-year anniversary of an 8.8-magnitude temblor that killed 521 people and left thousands homeless in the South American nation.