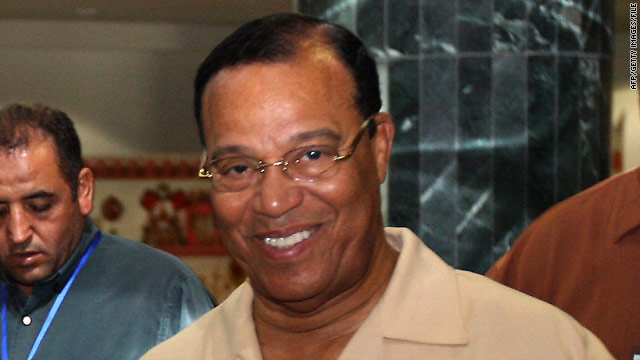 The leader of the Nation of Islam predicts that uprisings like those in the Middle East will happen in the United States, according to the Chicago Tribune. He is calling on President Obama not to attack the protesters when they revolt. During an address Sunday, Farrakhan told his followers: “What you are looking at in Tunisia, in Egypt … Libya, in Bahrain … what you see happening there … you’d better prepare because it will be coming to your door.”

The former Minnesota governor, a 2012 GOP presidential prospect, tells the liberal blog Think Progress that a government shutdown might be what the country needs. “We’ve got to get back to certain principles and responsibilities and starting with getting the budget balanced,” Pawlenty said. “If it takes a dramatic moment or a dramatic week or a dramatic month, those kinds of line-in-the-sand moments are what we need to get politicians back up against the wall and have them make the tough decisions. They all talk about making the tough decisions and never do.”

The 94-year-old actor is being heralded for holding the floor at the Academy Awards for more than five minutes last night. Known as much for his cleft chin as his epic role in the 1960 Stanley Kubrick classic “Spartacus,” Douglas was nominated three times for an Oscar during his career. He was born in 1916 of Russian-Jewish immigrants in New York and is actually named Issur Danielovitch Demsky. A WW II vet, Douglas got his first starring role with the help of friend Lauren Bacall. He is a best-selling author who survived a helicopter accident in 1991 and a stroke in 1996. He and second wife, Anne Buydens, have been married since 1954. Actor Michael Douglas is the oldest of his three surviving sons.