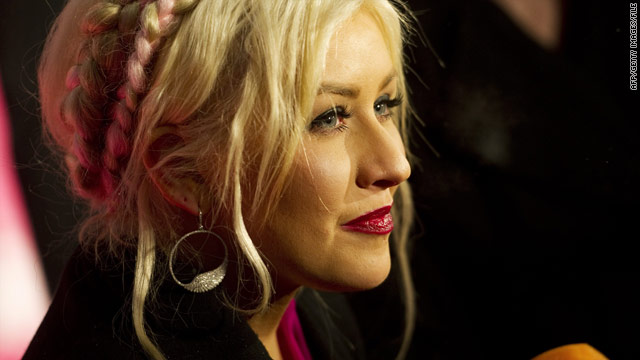 Aguilera detained after companion's arrest: Pop singer and actress Christina Aguilera was detained early Tuesday "to ensure her safety" after her rumored boyfriend was arrested on suspicion of driving under the influence.

Boiling mad over $3,000 water bills: Imagine paying as much for water as you do for your mortgage. Residents throughout Atlanta are outraged by hundreds, even thousands of dollars in monthly spikes in their water bills, and have questioned the legitimacy of the charges for years. Now, they're demanding answers.

Dior to fire Galliano after Hitler comments: Christian Dior has started proceedings to fire designer John Galliano after he was filmed making anti-Semitic comments in a Paris restaurant, the fashion giant said.

Screen legend Jane Russell dead at 89: The 1940s and '50s movie bombshell, whose name was synonymous with voluptuousness, died Monday morning at her home in Santa Maria, California, her family said.

Sheen said he's cured, blasts CBS: Capping a day of bombastic assertions and harsh accusations on the airwaves and internet, embattled actor Charlie Sheen lashed out Monday at addiction specialists and sitcom executives while proclaiming himself clean and focused thanks to an "epiphanous awakening."

A top Proud Boys lieutenant becomes the first member of the extremist far-right group to plead guilty to seditiousâ€twitter.com/i/web/status/1â€¦hi
cnnbrk