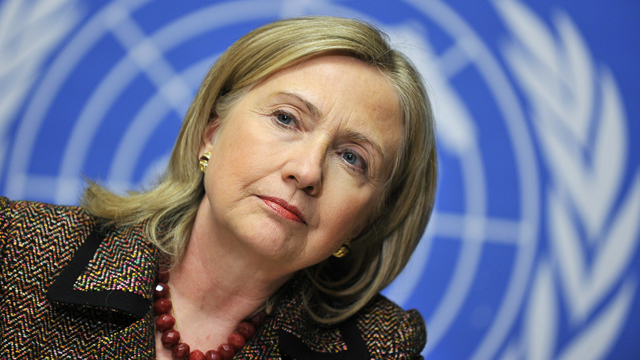 Watch CNN.com Live for continuing coverage of the crisis in Libya.

10:00 am ET - Hillary Clinton on Capitol Hill - One day after speaking out against the Libyan regime in Geneva, Secretary of State Hillary Clinton returns to Washington to testify on the State Department's budget for next fiscal year.  Don't be surprised if Libya is discussed during questioning.

11:30 am ET - Shuttle mission status briefing - As the space shuttle Discovery crew prepares for tomorrow's second and final spacewalk of the mission, NASA officials brief the public on how the operation is going.

5:00 pm ET - Wisconsin governor unveils budget - For the last few weeks, protesters in Wisconsin have hurled volleys over the state's budget concerns.  But what exactly are those concerns?  Wisconsin Gov. Scott Walker could reveal that and more when he unveils his 2012-2013 state budget.