The WNBA has distanced itself from Sen. Kelly Loeffler, a co-owner of the Atlanta Dream, after she objected to theŌĆtwitter.com/i/web/status/1ŌĆ”bi

The University of Washington's model predicts more than 208,000 Covid-19 deaths in the US by November. The projectiŌĆtwitter.com/i/web/status/1ŌĆ”Fu

President Trump says he is going to put pressure on governors to reopen their schools and admits some places will hŌĆtwitter.com/i/web/status/1ŌĆ”AW

In response to surges in coronavirus cases, the US Department of Health and Human Services announces the launch ofŌĆtwitter.com/i/web/status/1ŌĆ”Du

Mexico's Covid-19 cases are up 180% and deaths have increased 206% since the country entered its "new normal" phaseŌĆtwitter.com/i/web/status/1ŌĆ”wx

RT @CNNPolitics: Mary Trump, the President's niece, writes that Trump "destroyed my father. I can't let him destroy my country," in new booŌĆ” 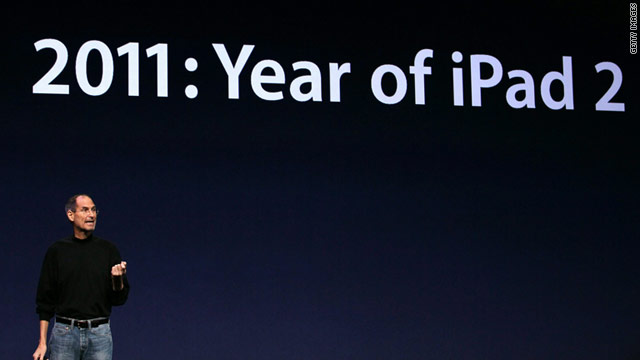 $4 billion down, $57 billion to go Congress passed a spending bill Wednesday that will keep the government open for another two weeks. Get ready for a knock-down fight between now and March 18 over the next round.

Gas station owners: Don't call us gougers! In the past month, Mike Bellman has raised gas prices by a penny a day at his Sunoco station in Columbus, Ohio. And he's not apologizing for it.

iPad 2: Thinner, faster, cooler┬ĀApple CEO Steve Jobs made a surprise appearance to present the second generation of the iPad tablet. As expected, it will feature front-┬Āand rear-facing cameras and will be capable of FaceTime video chatting - a feature that debuted last year on the iPhone 4.

How to avoid drowning in debt Sam's credit card debt is out of control and he's asked Chuck to help him get a handle on his spending.

A man was driving down the highway when he saw an eastern brown snake in his vehicle ŌĆö a highly venomous reptile retwitter.com/i/web/status/1ŌĆ”r9Pd
cnni

7:18 pm ET July 7, 2020 RETWEET
The US Food and Drug Administration has added five hand sanitizers to its list of products that have tested positivŌĆtwitter.com/i/web/status/1ŌĆ”zm
cnni

6:49 pm ET July 7, 2020 RETWEET
People with no obvious symptoms of Covid-19 ŌüĀŌĆö called "silent spreaders" ŌüĀŌĆö may be responsible for half of thtwitter.com/i/web/status/1ŌĆ”ThEhZElyqo
cnni