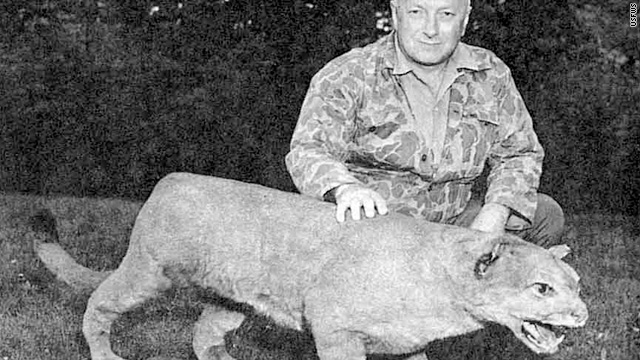 The eastern cougar has been declared extinct by the U.S. Fish and Wildlife Service, confirming decades of suspicion that the elusive subspecies was no more.

The large, solitary predatory cat once lived in every Eastern U.S. state in a variety of habitats, including coastal marshes, mountains and forests, said Dr. Mark McCollough, the agency's lead scientist for the eastern cougar. But you've probably never seen an eastern cougar - the last confirmed identification was in 1938 in Maine.

Other subspecies of the cougar, also known commonly as mountain lions, wildcats, panthers and pumas, still exist in the United States, including the Florida panther.

Scientists have held out hope, based on scattered reports, that a few eastern cougars remained. Those sightings turned out to be other subspecies from the Western United States - where the cougar population is growing and expanding its range eastward - or captive animals that were freed or escaped.

"We still have cougars and mountain lions in the United States that look identical to what we had in eastern North America, and that's probably what people are still seeing," McCollough said. "But the scientific and historical evidence point to the conclusion that the eastern cougar subspecies has not existed for a while."

But near the sites of reported spottings, scientists have been unable to find the physical marks commonly associated with cougars in the wild, such as scratching posts and cached animal remains.