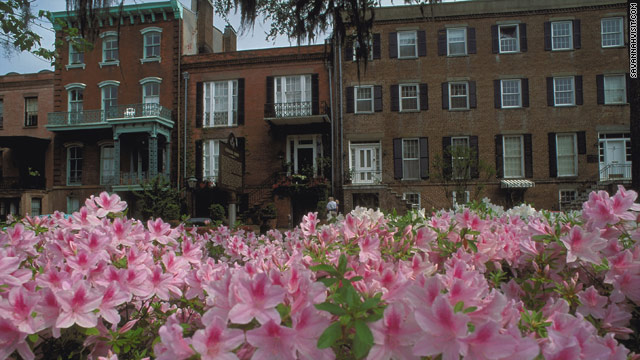 It's a sweet ending to a story that was hard to swallow.

The city manager of Savannah, Georgia, has decreed that Girl Scouts may sell their famous cookies on the sidewalk in front of their founder's birthplace.

A city ordinance prohibits commercial sales in the public right of way, but the same ordinance allows the city manager to grant exemptions, according to the city's announcement of the decision.

Cookie sales in front of the Juliette Gordon Low Birthplace, a Savannah landmark, had been halted at the start of the four-week cookie season because there was no private space between the building and the street, CNN affiliate WJCL-TV reported.

However, City Manager Rochelle Small-Toney issued the exemption late Tuesday to allow the tradition to continue.

"We get a lot of tourists who get real excited about taking the girls' pictures under the sign because you're seeing actual Girl Scouts in uniforms with Girl Scout cookies at the Girl Scout birthplace," Fran Arnsdorff, co-leader and "cookie mom" of Savannah's Troop 511, told CNN affiliate WSAV-TV.

The US Justice Department has announced criminal charges against a member of Iran's Islamic Revolutionary Guard Corâ€twitter.com/i/web/status/1â€¦9y
cnnbrk

8:59 am ET August 10, 2022 RETWEET
Children living in London will be offered an extra dose of the polio vaccine following the discovery of poliovirusâ€twitter.com/i/web/status/1â€¦ts
cnnbrk

8:57 am ET August 10, 2022 RETWEET
At its product launch event on Wednesday, Samsung will once again make the hard sell for foldable phones. Follow lâ€twitter.com/i/web/status/1â€¦nl
cnnbrk