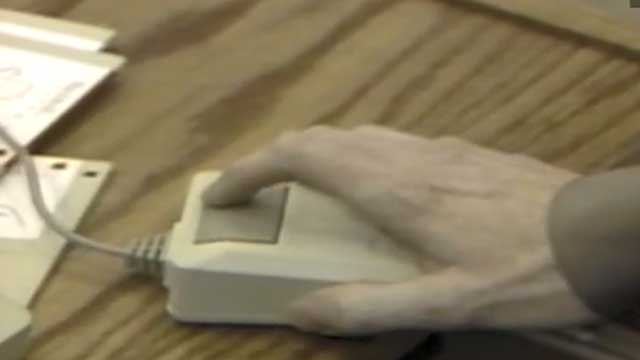 What's this newfangled "mouse" you speak of? – As we hear collective whines about the new iPad, we'd like to take you back to a time where there were no iPads–or "i" anythings. The year was 1984, and the computer mouse made its debut on the world stage. It was large, clunky and had one giant clicker. Also making an appearance in this video, our old friend the floppy disk.

"I can't get out!" – After accidentally driving into a flooded area, a young woman becomes trapped in her car. This is the 911 call she made.  Despite the silence at the end of this video, the girl was rescued and is alive.