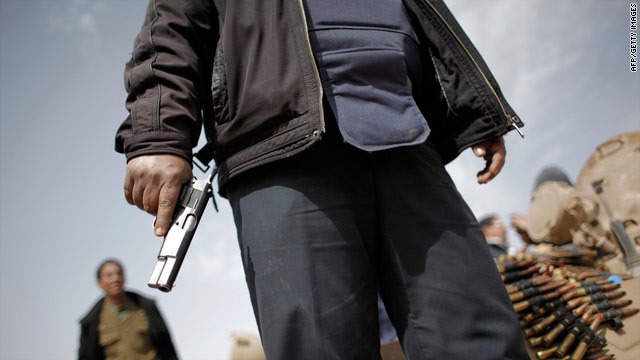 [LIBYA, 9:37 a.m. ET,  4:37 p.m. local] The International Criminal Court prosecutor, Luis Moreno-Ocampo, is opening an investigation into the situation in Libya, the court said in a statement Wednesday.

[LIBYA, 8:50 a.m. ET, 3:50 p.m. local] "We cannot allow what is  happening in Benghazi to carry on," Moammar Gadhafi said. "Parents must take arms away from our children, and those who are behind them must be known. ... It's no longer a joke as they imagined it."