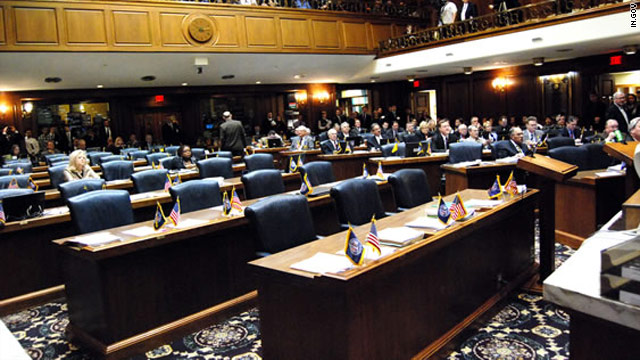 Indiana House Republicans have adopted a $250-a-day fine against missing Democratic lawmakers who left the state in protest over a controversial education and labor bill, lawmakers from both parties said Thursday.

More than 35 House Democrats remained in Urbana, Illinois, for a second week, denying their Republican counterparts the two-thirds quorum necessary for a vote on a school voucher proposal and a measure that would restrict collective bargaining rights for state workers.