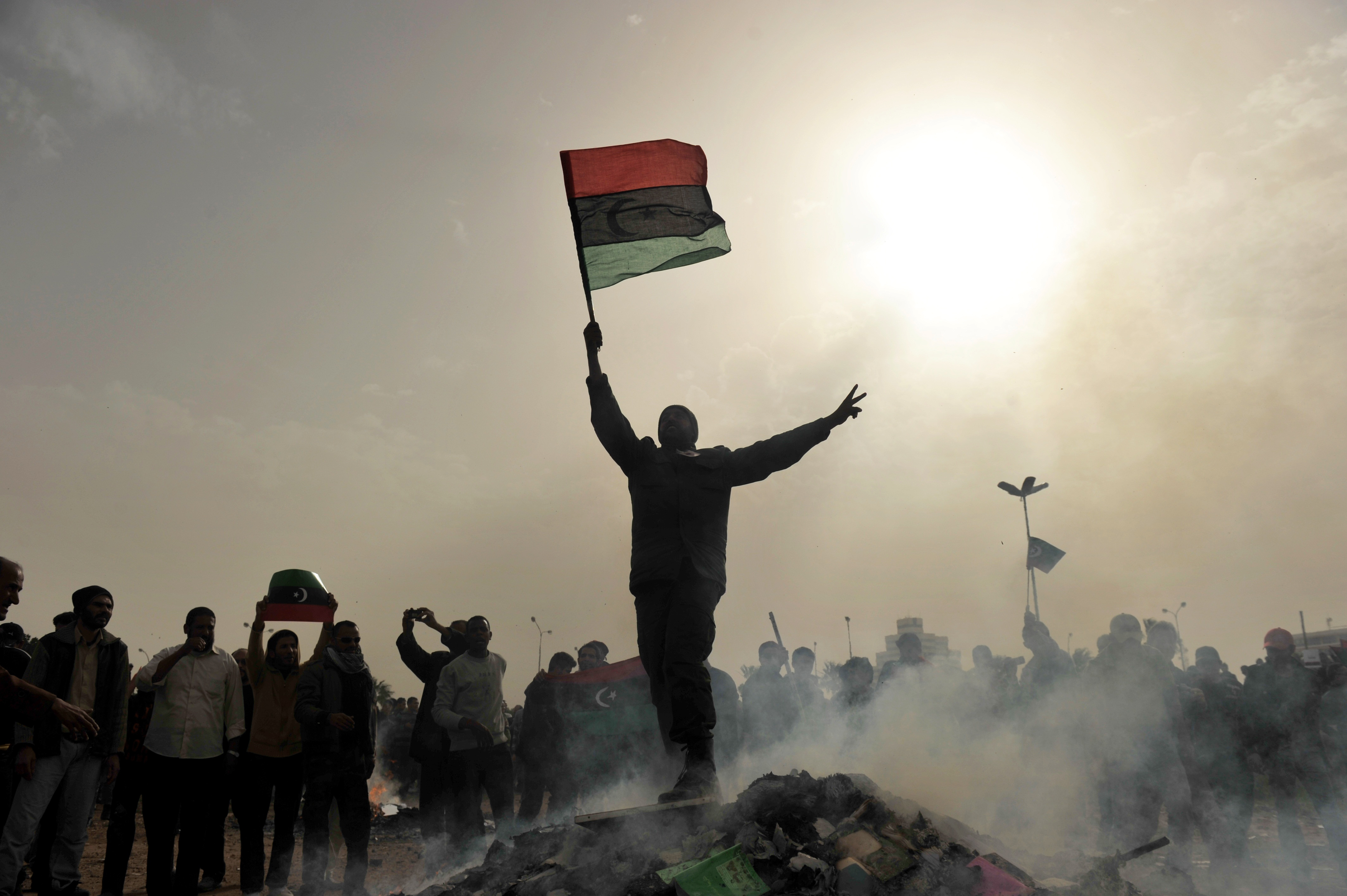 [LIBYA, 6:43 p.m. ET, 1:43 a.m. local] U.S. military aircraft and French charter jets joined efforts to get tens of thousands of people fleeing the fighting in Libya back home Thursday as the United Nations called for stepped-up aid to refugees.

Nearly 180,000 people, mainly foreign workers, have fled to the neighboring nations of Tunisia and Egypt amid fighting between government troops and rebels pushing to oust longtime strongman Moammar Gadhafi, the U.N. refugee agency reported. About 95,000 people have crossed into Tunisia and another 83,000 into Egypt, the office of the U.N. High Commissioner for Refugees estimated.

[LIBYA, 1:38 p.m. ET, 8:38 p.m. local] President Barack Obama said Thursday he approved the use of U.S. military aircraft to help return to Egypt those Egyptian citizens who have fled to Tunisia to escape unrest in neighboring Libya.

[EGYPT, 6:38 a.m. ET, 1:38 p.m.] Former Egyptian President Hosni Mubarak, who is still at his residence in Sharm el-Sheikh, will be brought to Cairo next week for questioning in a corruption case, the prosecutor general's office told Mustafa Bakri, a former member of Egypt's parliament, who brought the case.

The Arab League summit scheduled for March 29 in Baghdad has been postponed because the situation is unstable in many of the countries in the group, an Iraqi government spokesman said. The summit will be rescheduled for no later than May 15 and will still be held in Baghdad, said Ali Hadi al-Moussawi, a spokeman for Iraq's Prime Minister Nuri al-Maliki.

[LIBYA, 6:27 a.m. ET, 1:27 p.m. local] The German embassy in the Libyan capital of Tripoli has been closed for security reasons, the German Foreign Office said Thursday.

Another bomb was dropped in al-Brega between the oil facility and the airport, but there were no injuries or damage, witnesses said.

Al-Brega, which has key oil and natural gas facilities, was also bombed Wednesday.

"Intensive diplomatic negotiations" are going on between Dutch and Libyan authorities and relatives of the crew are being kept informed, said Otte Beeksma, a spokesman for the Dutch Ministry of Defense.

The crew members were trying to evacuate a Dutch citizen from the Sirte area when they were taken prisoner, he said.

Amanda Gorman, the US' first-ever youth poet laureate, challenged Americans to unify and "leave behind a country beâ€twitter.com/i/web/status/1â€¦Hi
cnni

3:01 am ET January 21, 2021 RETWEET
The White House's website has been updated to reflect that Joe Biden is the new President of the United States, andâ€twitter.com/i/web/status/1â€¦a6
cnni

2:31 am ET January 21, 2021 RETWEET
"My daughters, watching history, and learning there should be NO LIMIT to what they can do." The moment Kamala Harâ€twitter.com/i/web/status/1â€¦qd
cnni

2:01 am ET January 21, 2021 RETWEET
"On the first morning of Joe Biden's presidency, America has changed utterly, and not at all." | Analysis byâ€twitter.com/i/web/status/1â€¦4S
cnni