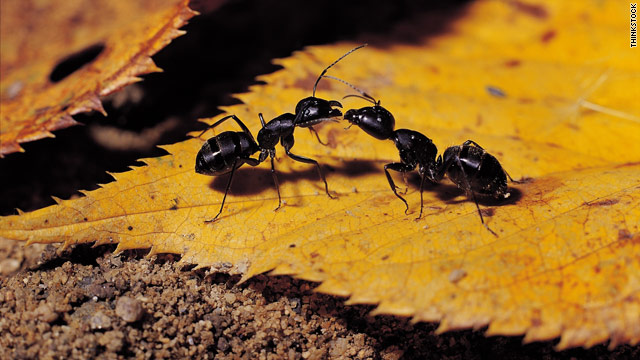 Four new species of "zombie" fungi that infect ants and take control of their brains, eventually killing them, have been discovered in the Brazilian rain forest, according to a study published in the online journal PLoS ONE.

The article, "Hidden Diversity Behind the Zombie-Ant Fungus OphiocordycepsÂ unilateralis," names four new species belonging to the O. unilateralisÂ species complex found in the Atlantic rain forest in the southeastern region of the state of MinasÂ Gerais, Brazil.

The so-called zombie or brain-manipulating fungi alter the ant's behavior and causes it to die in an exposed position, typically clinging to and biting shrub leaves, the study says.

9:44 pm ET May 11, 2021 RETWEET
The Biden administration has announced that it is moving forward with the US' first large-scale offshore wind projeâ€twitter.com/i/web/status/1â€¦wg
cnni

9:01 pm ET May 11, 2021 RETWEET
The Gemini North telescope in Hawaii and the Hubble Space Telescope have captured Jupiter in visible, infrared andâ€twitter.com/i/web/status/1â€¦3Q
cnni