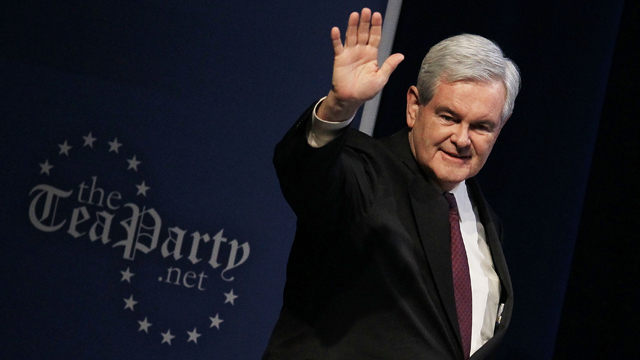 Former House Speaker Newt Gingrich is in Atlanta today to talk about health care and the economy.
March 3rd, 2011
07:52 AM ET

Watch CNN.com Live for continuing coverage of the conflict in Libya.

9:00 am ET - Casey Anthony hearing - A hearing is held in the case of Casey Anthony, the Florida woman accused of killing her young daughter.

10:30 am ET - Sweat lodge manslaughter trial - The trial of author and motivational speaker James Arthur Ray, who is accused of manslaughter in the deaths of three people in a sweat lodge ceremony, continues in Arizona.

1:00 pm ET - Obama, Calderon briefing - President Obama and Mexican President Felipe Calderon speak with reporters following talks in Washington.┬Ā Topics expected to be discussed include Mexico's war on drug cartels, the crisis in Libya and relations between the United States and Mexico.

2:00 pm ET - Gingrich talks politics in Atlanta - There have been mixed signals as to whether former House Speaker Newt Gingrich will discuss potential presidential aspirations today in Atlanta.┬Ā However, it is believed he will talk about the economy and health care.

2:30 pm ET - Race to 2012: Buddy Roemer - Former Louisiana Gov. Buddy Roemer is expected to announce in Baton Rouge that he will form a committee exploring a run for the Republican presidential nomination in 2012.

People who have been infected by Covid-19 may have immunity to the virus for around five months, according to preliŌĆtwitter.com/i/web/status/1ŌĆ”iW
cnni

4:01 am ET January 16, 2021 RETWEET
Trump has trashed America's most important alliance. The rift with Europe could take decades to repair. Analysis byŌĆtwitter.com/i/web/status/1ŌĆ”MN
cnni

3:31 am ET January 16, 2021 RETWEET
The world's oldest known figurative artwork has been discovered in a cave in Indonesia ŌĆö an endearing image of a watwitter.com/i/web/status/1ŌĆ”VVEl
cnni

3:01 am ET January 16, 2021 RETWEET
US President-elect Joe Biden is not the only one getting some fanfare as he enters the White House -- his rescue doŌĆtwitter.com/i/web/status/1ŌĆ”Hx
cnni