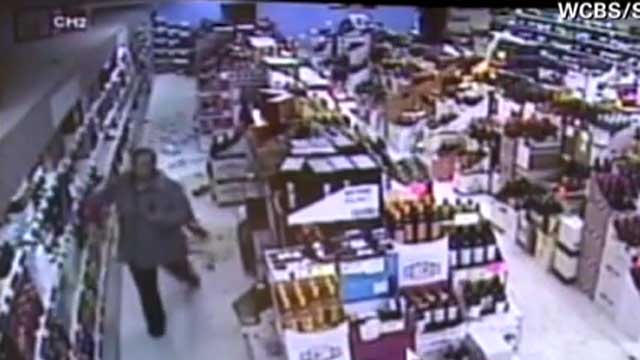 Liquor store meltdown – Smashing stuff isn't just for rock stars and two-year-olds. An angry woman acts on her impulse to smash through liquor bottles after a heated conversation with the store clerk. According to the store owners, she was told she couldn't use the store's restroom.

"The ice is alive"Â – TerjeÂ Isungset is the first known person to create music from ice. He somehow turns giant blocks of ice into various instruments to play. The only drawback: it melts while you play.

From the vault – We've been digging through the CNN archives to share some of our most memorable video from over the years. Today, we bring you video from the most pivotal moment during the Elian Gonzalez case from 2000. The removal of the boy ended a seven-month international custody battle that heated relations between the U.S. and Cuba. You can read more about the case here

At least 38 people were killed at pro-democracy protests in Myanmar on Wednesday, the UN's Special Envoy to the couâ€twitter.com/i/web/status/1â€¦ss
cnni

9:07 pm ET March 3, 2021 RETWEET
The people killed when an SUV was struck by a semitruck in California's Imperial Valley are believed to be among doâ€twitter.com/i/web/status/1â€¦0t
cnni