Longtime soap opera actor Jay Pickett, best known for his roles on "General Hospital," "Days of Our Lives" and "Porā€twitter.com/i/web/status/1ā€¦OP

Italy's Lamont Marcell Jacobs has been crowned the world's fastest man as he won the 100m title at the Tokyo Olympiā€twitter.com/i/web/status/1ā€¦RE

Former President Trump's political organization raised $82 million during the first half of this year and entered Jā€twitter.com/i/web/status/1ā€¦2W 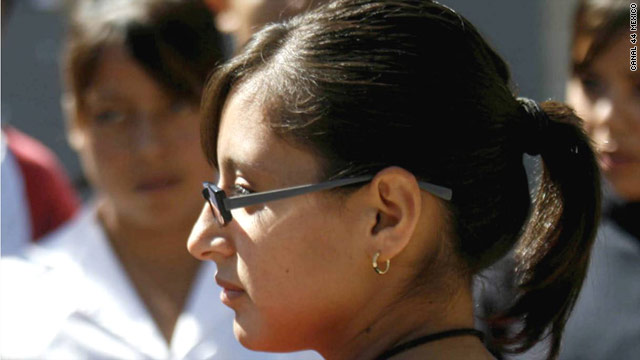 Marisol Valles Garcia made headlines last year when she became police chief of one of Mexico's most violent municipalities.
March 4th, 2011
04:36 PM ET

[Updated at 4:03 p.m. ET] A spokesman for the attorney general of Chihuahua State denied reports Friday that Marisol Valles Garcia - the 20-year-old woman who made headlines when she became the police chief of Praxedis, Mexico - has left the country for the United States.

Spokesman Arturo Sandoval was referring to comments in El Diario newspaper attributed to Jorge Gonzalez Nicolas, the attorney general for the northern district of Chihuahua.

"He did not give a press conference," Sandoval told CNN. "We negate reports that Nicolas said she fled to the United States."

[Posted at 2:51 p.m. ET] Marisol Valles Garcia, the 20-year-old woman who made headlines when she became the sheriff of Praxedis, Mexico, has left the country for the United States, the attorney general of Chihuahua State told reporters Friday.

Valles Garcia, a criminology student, was the only person who accepted the job of police chief in the city whose police officers had been abducted and killed.

Valles Garcia accepted the job in October. At the time, she said she was tired of everyone being afraid.

She recruited three other women to join the unarmed, 13-member force in the small municipality of 8,500 people, the government-run Notimex news agency reported. She said the force would employ non-violent tactics with the goals of winning back security in public spaces and fostering greater cooperation among neighbors so they can form watch committees.

"The weapons we have are principles and values, which are the best weapons for prevention," she told CNN en EspaĆ±ol. "Our work will be pure prevention. We are not going to be doing anything else other than prevention."

- CNN's Arthur Brice and Nick Valencia contributed to this report.

5:01 am ET August 2, 2021 RETWEET
Africa's most populous city of over 24 million may soon be unlivable as sea levels rise due to the climate crisis,ā€twitter.com/i/web/status/1ā€¦jX
cnni

2:01 am ET August 2, 2021 RETWEET
Ashton Kutcher and Mila Kunis say they don't believe in bathing their kids or themselves too much. "If you can seeā€twitter.com/i/web/status/1ā€¦vM
cnni