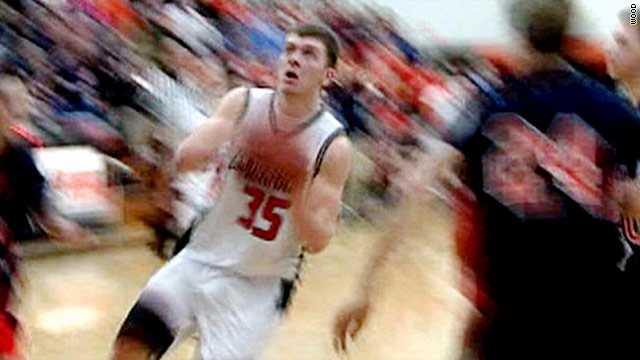 A 16-year-old Michigan basketball player hit a game-winning shot in overtime Thursday night to give his team a perfect 20-0 season record, then collapsed and died on the court, CNN affiliate WOOD in Grand Rapids reports.

Wes Leonard, a junior at Fennville High School, collapsed on the court just after Fennville's 57-55 overtime win over Bridgman High, according to the WOOD report. A parent EMT immediately began CPR, but the teen later died at Holland Hospital, the report said.

The cause of death was unknown, local media reported.

The teen had scored more than 1,000 points in his time at Fennville and was also a varsity football player, WOOD reported.

ŌĆ£Wes was strong and powerful, and that makes this hard to handle,ŌĆØ school Superintendent Dirk Weeldreyer said Friday, according to a report on HollandSentinel.com. ŌĆ£ThereŌĆÖs really no answer we can give when a tragedy like this happens.ŌĆØ

Crisis counselors were on the high school campus Friday morning to help students deal with the tragedy, according to the Sentinel.

Leonard's mother is a choir instructor at the school, and Leonard has a younger sibling, the Sentinel reported.