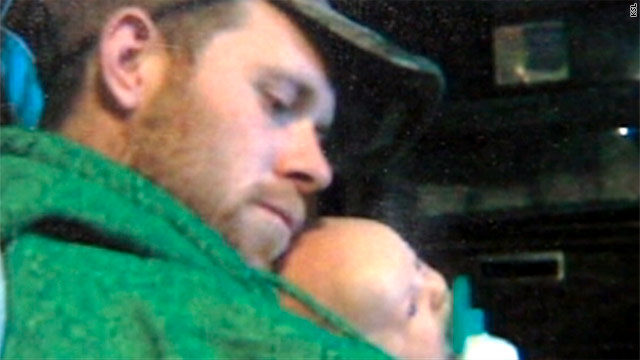 Rescue teams were called in to find the body of Devin Westenskow, but authorities determined the mine he fell into was too dangerous to enter.
March 5th, 2011
07:10 PM ET

Man who fell in Nevada mine dies

The man who fell into an abandoned northern Nevada mine earlier this week has been declared dead, an official said Saturday.

There was no safe way to retrieve the body and that the shaft would be sealed, Sanchez said.

The 28-year-old man, who has not been identified, plunged into part ofÂ the Â Murphy's Mine Complex on Wednesday, officials have said.

Rescue teams were called in, but operations were abandoned shortly after authorities determined that sending anyone into the shaft would be too dangerous, given the mine's age and instability.

They lowered a camera that showed the man still breathing as of 3 a.m. Friday.

Sanchez said the young man had suffered severe head and body trauma injuries during the accident.Â The man fell into the shaft in part of Pershing County, located about 60 miles south of the city of Winnemuca. The complex dates back to 1895 and had been abandoned.

He worked as a contract employee of a drilling company and grew up in the community, Sanchez said.

An amateur metal detectorist who discovered what is thought to be one of England's first gold coins could soon seeâ€twitter.com/i/web/status/1â€¦b5
cnni

9:13 pm ET January 17, 2022 RETWEET
Tickets for the upcoming Winter Olympic and Paralympic Games in Beijing will not be sold to the general public in râ€twitter.com/i/web/status/1â€¦0h
cnni