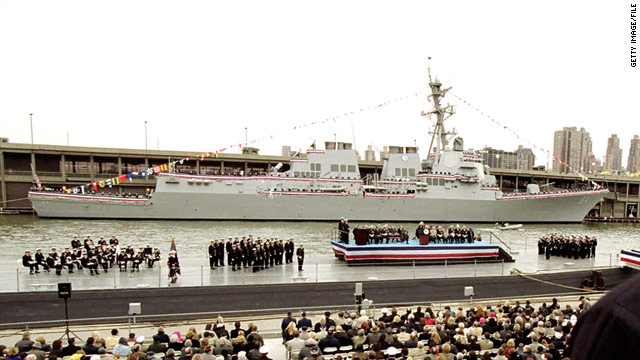 A U.S. Navy ship came to the rescue of an oil tanker in the Indian Ocean over the weekend after four suspected pirates climbed aboard.

The Japanese-owned MV Guanabara reported it was under attack Friday afternoon 328 nautical miles southeast of Oman, the Navy said. The Guanabara had 24 crew members aboard.

After Guanabara's master confirmed to the Bulkeley that his crew had taken refuge in the ship's citadel room, or secure compartment, the Bulkeley's specialist boarding team climbed aboard Saturday, detained the four men and secured the vessel, the Navy said.